The Dwight Blaser Meritorious Service Award is presented annually to individuals whose sustained and extraordinary personal services have had a significant and lasting effect on the advancement of Ohio State’s Center for Automotive Research (CAR).

Dwight Blaser, PhD, was an alumnus of The Ohio State University. He was also a retiree of the General Motors Corporation where he served as the director of research and development. Additionally, Blaser had been a member of the CAR External Advisory Board since its establishment in the mid-1990s. To recognize Blaser’s generous gift of time, experience and wisdom, CAR created an award in his name. 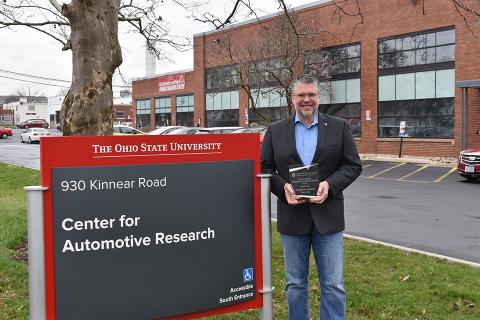