The Ohio State University Center for Automotive Research held a celebration event October 28, 2016, marking its silver anniversary, Then, Now and Beyond: Celebrating 25 Years. The highlight of the event, held at CAR’s headquarters on Ohio State’s West Campus, was the presentation of six proclamations from Ohio government offices, honoring the center’s achievements.

In addition to the proclamations, CAR Director Giorgio Rizzoni received the FKFS Medal of Honor from the Research Institute of Automotive Engineering and Vehicle Engines Stuttgart (FKFS) at the University of Stuttgart, Germany. 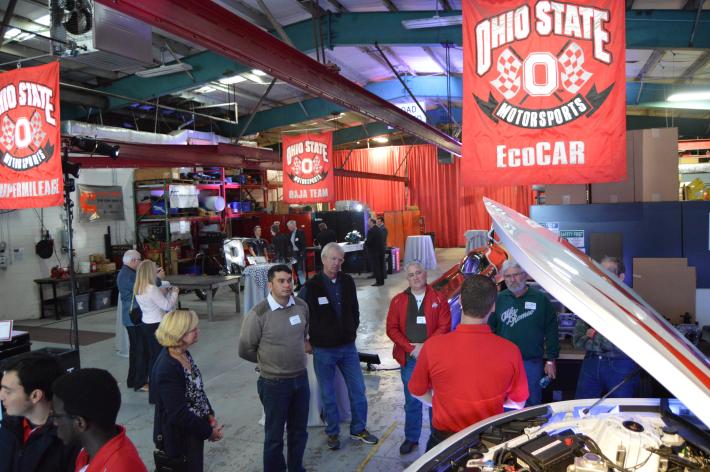 From laboratories to research vehicles, the center’s accomplishments were on full display. While mingling, attendees talked to current students working on the internationally-recognized student projects, such as the record-breaking Venturi Buckeye Bullet 3. Not to be missed, the university’s Brutus Buckeye mascot and a live band brought even more energy to the festivities, while guests enjoyed refreshments prepared by special friend of CAR, Chef Hubert Seifert of Spagio.

Another highlight was the first public showing of a short video describing CAR’s journey from concept to pre-eminent research center in sustainable and safe mobility. Watch here. 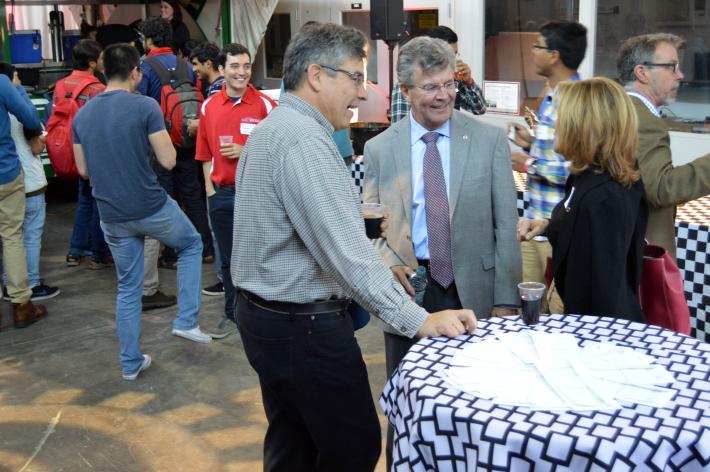 “The environment that has been created at CAR during its first 25 years fosters creativity and innovation, provides opportunities to enrich the education of students outside of the traditional boundaries of a university and provides fertile ground for industry and government partnership that are continuing to shape the future of the mobility industry,” says CAR Director Giorgio Rizzoni. “Together with our partners, undergraduate and graduate students at CAR are reinventing the automobile and creating a vision for the future of mobility.” The Center for Automotive Research was founded in 1991 and moved to its current location at 930 Kinnear Road in 1994. The past 25 years have seen industry collaboration grow from a handful of original equipment manufacturers and suppliers to a long list of companies and government agencies that take advantage of the center’s expertise and neutrality. The most dramatic growth has been seen since 1999, when the center increased its annual operating budget tenfold to $10 million and has become the largest university-based interdisciplinary automotive research center in the United States. Learn more about CAR’s history of success here.