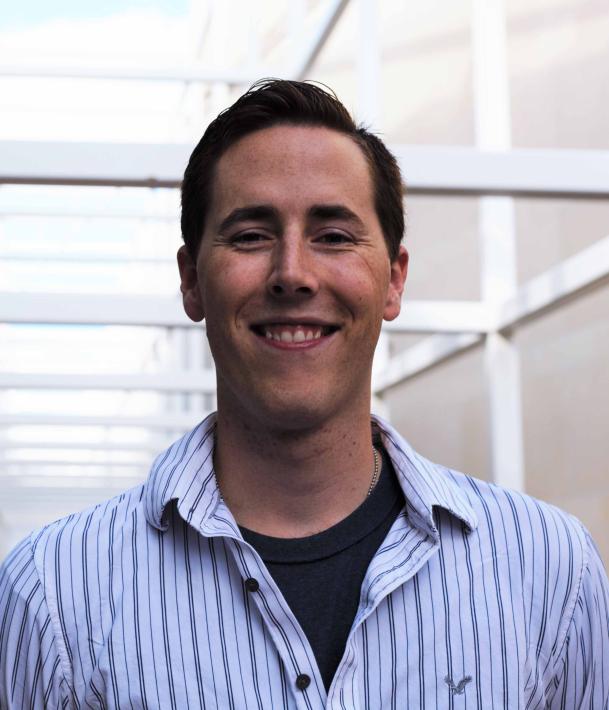 A self-proclaimed “rubix cube man,” Greg Jankord chose to pursue an engineering degree because he loves taking on challenges and solving puzzles and he sees engineering as “a constant quest to solve challenges and tackle the next big problem.”

As a PhD candidate, Jankord’s research specialty is in automotive controls with a focus on energy management, vehicle operations and emissions. He hopes that his research will one day allow him to work on cutting edge technologies and solve problems of the future.

Jankord is a member of the national champion EcoCAR team where he serves as the controls system lead engineer. He is responsible for writing the logic which governs the operation of the vehicle from the time it turns on to when you turn it off. “I enjoy the constant challenges faced by the team and that my job is not a repetitive motion,” says Jankord. Being on the team also allows his to see his research being put into action, something not everyone has the opportunity to experience.

“EcoCAR is a very hands on project that results in the physical creation of a vehicle that we can test on,” says Jankord. “Other researchers sometimes work in a space that is completely theoretical and they never get to see the physical realization of their work. But on this team we very much see our research in the vehicle that we built and compete with.”

In addition to his internship with EcoCAR, Jankord has had the chance to intern several other places as well including Tennant Company as a cost of sales analyst redesigning currently produced products to maintain or improve functionality while lowering costs; Goodyear Tire Company working in race tire development creating data analysis tools and leading a dynamics project meant to access tire forces on F1 race vehicles; and finally at General Motors where his role involved examining and simulating advanced electric vehicles wear-out mechanisms with a focus on consumer driving habits to access life time usage of electric vehicles.

With a multitude of experiences under his belt, Jankord hopes to land a job with an OEM or tier 1 supplier working on the problems of the future. “I am really hoping that this will lead me to working in locations throughout the world such as Europe or South America,” says Jankord.

Jankord jokes that he doesn’t know what free time is, but when he does find some time away from CAR you’ll likely find him rock climbing or playing volleyball with friends.