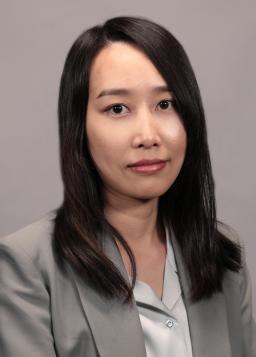 Ye Cheng, PhD, a recent graduate from the Department of Electrical and Computer Engineering has spent the last three years conducting research at the Center for Automotive Research (CAR). She met CAR Director Giorgio Rizzoni at a conference in China and was very impressed by his work and presentations, saying that “the kindness and enthusiasm with which Giorgio showed people about CAR research activities encouraged me to introduce myself to him.” Eventually, she joined the center.

“Ye demonstrated from the beginning that she is serious, dedicated and hard-working,” said Rizzoni.

In her time at CAR, Cheng’s main projects have been concerned with batteries in electric vehicles and aircraft. “Transportation electrification, renewable energy and energy storage technology are inevitable future trends,” said Cheng.

One of the projects she worked on was a NASA University Leadership Initiative (ULI) focused on developing a cleaner, quieter, hybrid electric aircraft. The University of Maryland, Georgia Tech, University of Wisconsin-Madison, and North Carolina A&T State University were all involved in this project. Ye herself has been involved with this project since August of 2019, and she said it was quite challenging for her.

To achieve the fuel burn reduction and energy efficiency, the battery pack needed for this aircraft would be composed of thousands of cells which is a large system and brings a series of challenges for battery management system. Her tasks were to determine which battery architecture to use, the optimal sensor strategy in the battery and diagnosis algorithm design.

She is proud of herself for learning so much information in so little time, noting that she enrolled in one of Professor Rizzoni’s courses about structural analysis for fault diagnosis, as well as reading many papers on the methodology to figure out how to apply it to a battery system.

She fondly recalls reporting her results for review in December of 2021 and getting feedback that called her work “groundbreaking.”

Ye is now working as a researcher in the Global Research and Development Department at GM. She says that the work she did at CAR with battery system design lined up very well with the work she will be doing at GM. She plans to continue writing papers to publish for the NASA ULI program as well.